Seasons of Love Across the Blue Ridge 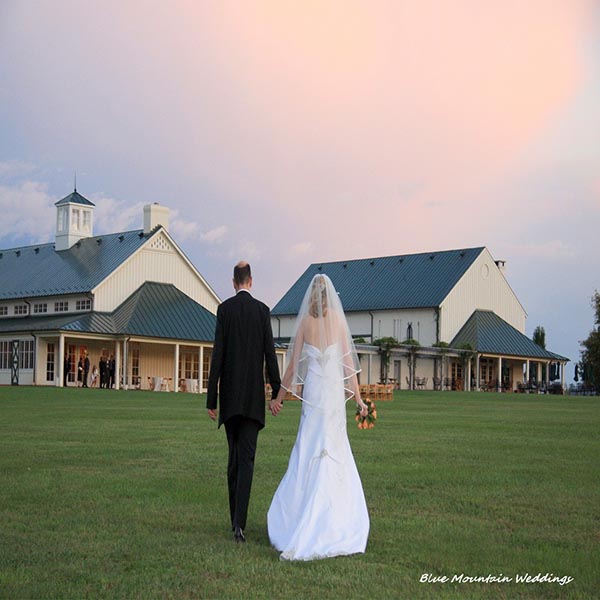 All seasons lead to love in the Blue Ridge, even if you have to circle a snow date and circle back for the sparklers.

Winter weddings abound, in a time of waiting for a time to wed.  At the stately Hotel Jefferson in Richmond, a couple boldly chooses to walk down the aisle in January.  They have chosen one another.  That makes a snowstorm just another wedding day detail.

The finance major had met his future bride, the health science major, at JMU, over in the hills of Harrisonburg, where snowstorms aren’t front page news.  Why not celebrate a winter wedding in Richmond, as snowflakes fall like confetti?  The couple enjoy an advantage akin to being meant for one another: “Almost everyone we know lives near the Hotel Jefferson.”

Charlottesville weds in bucolic seasons; Richmonders stand for citified ceremonies.  The clock is ticking.  Wrapping up those vows in short order leaves more time to party.  The weather outside is frightful.  Chilling in the cavernous Rotunda, lined with ornate marble columns and presidential portraits, is delightful.  Cutting the rug in a ball room from last century, or the one before that, dance floor bumping to tunes popular when a family of friends was growing up around the Hotel Jefferson, is an all-evening affair.

Let the honeymoon begin with snowflakes falling on the lights of Richmond like a bridal blessing, beamed to snowless loved ones on Instagram.

Back in Harrisonburg, the snow falls on Melrose Caverns as a couple from D.C. finally weds in February.  They met in Washington, where a dashing secret service agent caught the eye of a visitor to the White House.  Covid hit the groom’s family, dashing October wedding plans.  Why not join hearts right before Valentine’s Day, in an old stone lodge above the caverns where Civil War soldiers stored munitions and withstood winter winds?  If the Vice President of the University of Florida can make it to his daughter’s wedding in the Virginia hills, then government officials can dig out of the District and stand in old stone corridors sipping cocktails and swapping secrets.  A groom determined to defend his nation’s leaders has eighty one “must-play songs” on his request list.  Wintry winds can’t outhowl this wedding party.

On the last day of Winter, no one has more faith in the Lord and her betrothed than a graduate of the University of Virginia Nursing School.  Moving to Nashville for her residency, then moving to to Durham, North Carolina to be close to family, a healer with her heart in the Virginia highlands waits until Spring has almost sprung to wed at King Family Vineyard, in the hills west of Grounds.

Spring seems as close as the wine tasting crowd, just across a tidy white rope from the wedding site.  On a seventy-degree day in mid-March, the pasturelands out back of the tasting room look like Woodstock, filled with children of flower children, chasing soccer balls and frolicking dogs and food wrappings escaping the tailgate, blowing toward Bucks Elbow Mountain in the last swirls of Winter wind.

Like her counterpart at the Jefferson in January, a nurse tying the knot is surrounded by family and friends still growing up together, listening to the classic tunes the people who raised them were raised on.  A young wedding guest stands amazed as an actual disc jockey spins discs, rather than programming computers.  The guest takes a picture of the shiny CDs and posts it on Instagram.

The dance floor and the fire in the stone hearth blazes brightly.  Choose a mate, circle a Wintery date and consider the weather a wedding day detail.

Leave 150 sparklers back in Richmond and the Dee Jay’s dance floor lighting must illuminate that sparkling exit picture.  Adoring hands rise into the light, amid cheers for the ages.  The couple vows those 150 sparkers will be lit two a time, for the next seventy five anniversaries – what you’d expect from a bride wielding the healing power of Cavalier health care.

Will the far-sighted family that David and Ellen King raised to take care of thoroughbreds, fields of grapes and vintage friends build an even bigger place for wedded couples to celebrate?  As the Spring equinox approaches, a couple stands in an open-air cathedral, taking in the fresh air billowing off the ridge, the horses munching on greening pastureland and the sweet sound of “I do.”

Seasons of Love cross the Blue Ridge and circle back, every anniversary.

Ran Henry is the 2021 winner of the Adelle Robertson Faculty Award for Teaching Excellence at the University of Virginia, and one of only two actual disc jockeys still working in the Commonwealth.  He and his wife Linda photograph and film weddings across since Blue Ridge, for Blue Mountain Weddings and 20 South Productions.